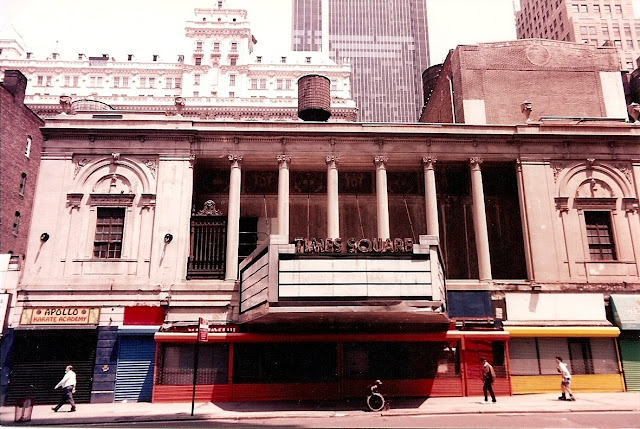 The Times Square Theatre opened to the public on September 30, 1920, with the play, The Mirage. The play, Gentlemen Prefer Blondes, was performed 199 times in the 1926-1927 season. George Gershwin's, Strike Up the Band, played in 1930.  In 1931, the hit comedy, Private Lives, starred Gertrude Lawrence, Laurence Oliver, and Noel Coward, the playwright himself.  After closing in 1933, the theatre was reopened in 1934 as a movie house and in 1940, it became a retail store, and later part of the 50s and 60s grindhouse circuit.. 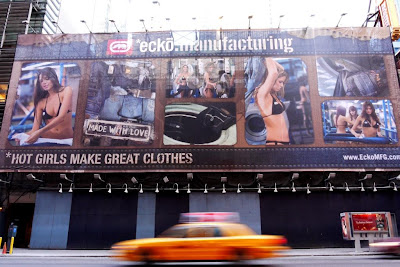 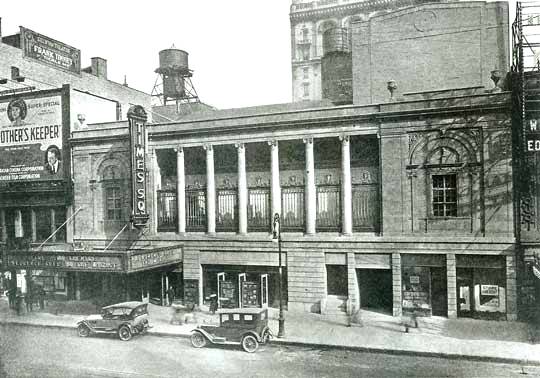 A fascinating series of photos of this building Ken. This sort of history interests me. - Dave

I love the old... the new, not so much.
Thanks for showing us what once was.

Wait, wait, wait. They covered it up? Like, permanently? With a BILLBOARD?

I thought it was just temp scaffolding over the facade until they finished whatever construction they were doing in the building itself.

Gravy. I need to be more observant.

Thanks for showing the old pics, I've always wondered what it looked like in its heyday.

Times Square was for dreamers until drugs came in...than it was a slow march into death...the decline was inevitable.

It once looked very smart. Now, looking at it, it could be anything. Sad.

That's a damn shame if I ever saw it! Makes me sick.

What a contrast. I'm with V on this one, despite the clever advertising.

Ken, you never got inside the skinny building, did you?

Hi World,
My mom just passed away and in going through her bookcases, I found a copy of a play written by my grandfather, William Ford Manley, published in 1931. The book includes a copy of the play's program, "as produced at the Times Square Theatre, New York".
I never got to meet my grandfather, and I am so grateful for the chance to see the place where his play was performed some 85 years ago! My grandfather lived in New Hampshire. His son (my dad) moved out West to California, when he and my mom married in 1955. Now, several of my nieces, freshly out of college, are moving East, hoping to make their artistic mark in NYC. The adventure continues! Carrie Manley