Here's Wishing You A Wonderful Year 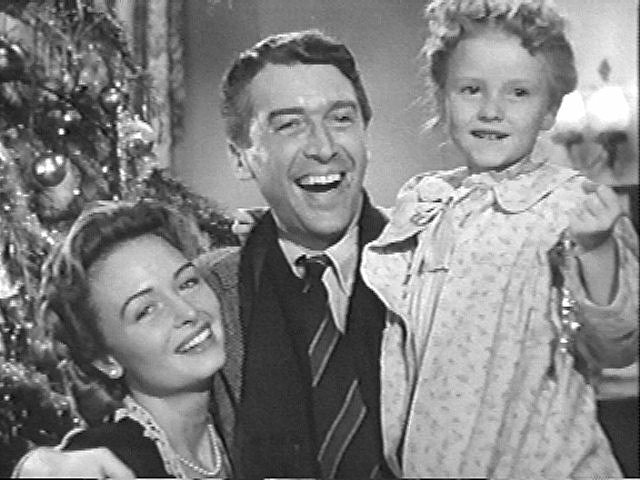 Great film! Happy New Year to you too.

Which film is it? I'm in a b&w mood.
I watched "The Best of Everything" the other day. Cute. It's freaky to see those 1950ies people walking around "our" city's office buildings. Watch an episode of Mad Men after that and you can see how well the series is designed: the decors, the costumes (all still very wearable), the tone, ... it's all there.

I hope you have a fantastic 2009, with not too any reruns, unless they are classics!

I just HAVE to SEE this film! I've been meaning to for years and only ever seen clips...sigh... he's one of my favourite actors too. Happy New Year.

Even this cynic can be an optimist when this is on. Harvey though really gets me, which probably say more about my view on my (so called) wonderful life.

...and another angel gets his wings...I LOVE this movie!

Happy New Year to you!

Hollywood called and they want royalties for using images from their photo. :-)

Could you believe it, I have never seen this movie although I catch glimpses of it on TV every Christmas.

A WONDERFUL NEW YEAR TO YOU AND YOURS!

My all time favourite actor, and I love that movie. We watched it on Christmas Day.

This is one of my all-time FAVORITE movies.

I look forward to a new year of seeing more awesome shots on your blog.