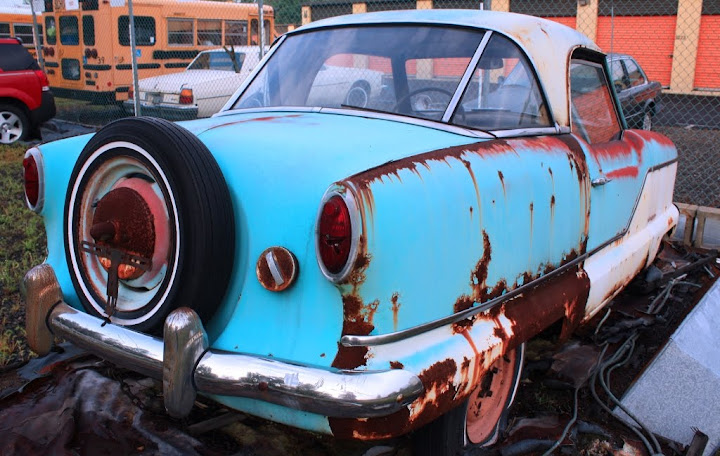 An old car, an old photograph and a photo rather nice result that will never be old
Greetings.

Wow, a Nash Metropolitan. I haven't seen one of those in a long time. This poor baby looks pretty rejected.

Even in decay it looks pretty. Thanks for showing.

So called you saved this for posterity! A lovely car and photo.

I get all nostalgic about the oldies, then wonder if they'd even be comfortable by today's standards. But I had a 20-yr. old Impala in the early 90s, and it was very comfortable--not safe, but comfortable.

always have loved powder blue on a car. :-)

America's first small car : Nash Rambler. Would it be worth buying and fixing, it must have become a valuable collectible.