Homelessness to Progress in the Meatpacking District ! 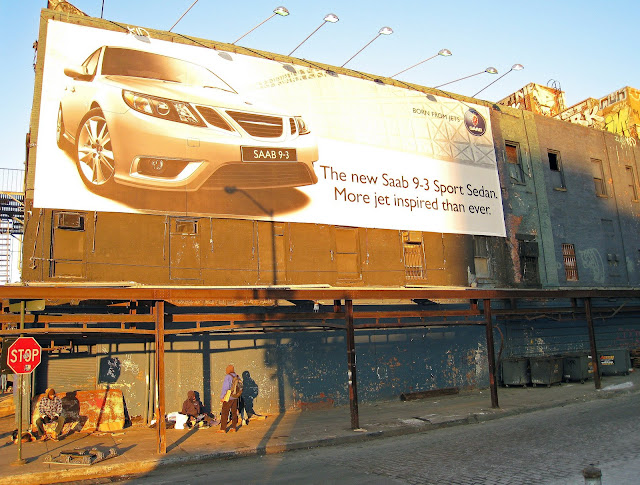 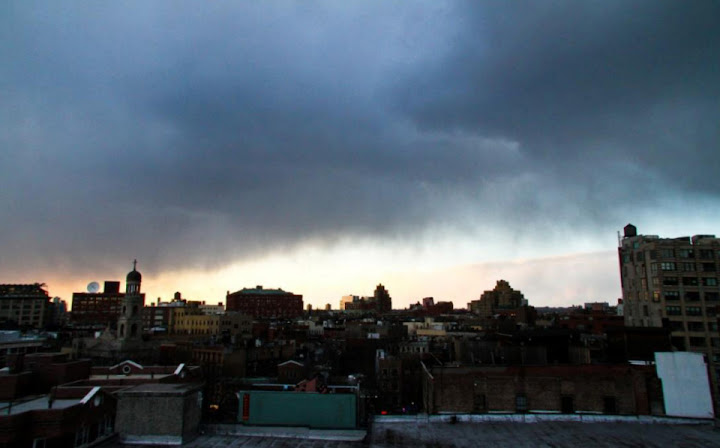 And if you like this skyline, check Chuck Pefley's excellent site!
Posted by Ken Mac at 10:38 PM 15 comments: 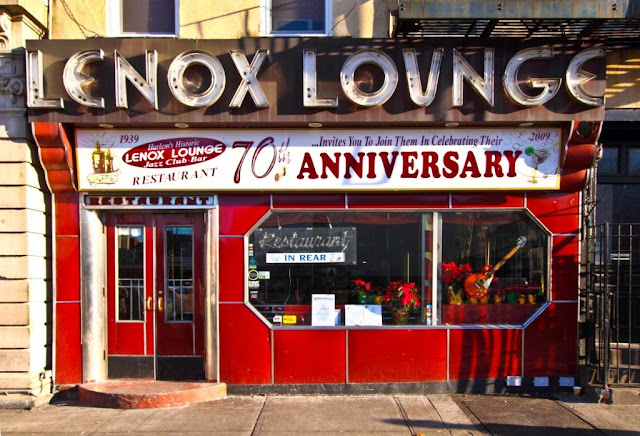 Lenox Lounge is a long-standing bar in Harlem, New York City. It was founded in 1939 and served as venue for performances by many great jazz artists, including Billie Holiday, Miles Davis, and John Coltrane. Harlem Renaissance writers James Baldwin and Langston Hughes were both patrons, as was Malcolm X. The Lenox Lounge featured as the hang-out of Detective John Shaft in the 2000 remake of the film Shaft. Both the exterior facade and interior of Lenox Lounge were featured in the film American Gangster. In one scene Denzel Washington's character, Frank Lucas, meets with Nicky Barnes, played by Cuba Gooding Jr., in the renowned Zebra Room at the Lenox Lounge. Lenox Lounge has also been featured in AMC's Mad Men.
Posted by Ken Mac at 9:47 PM 35 comments: 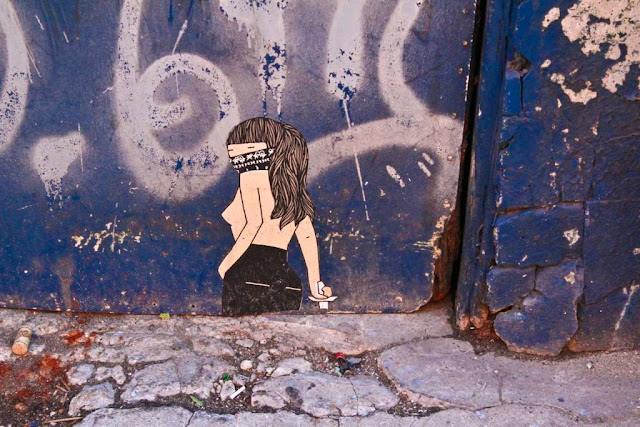 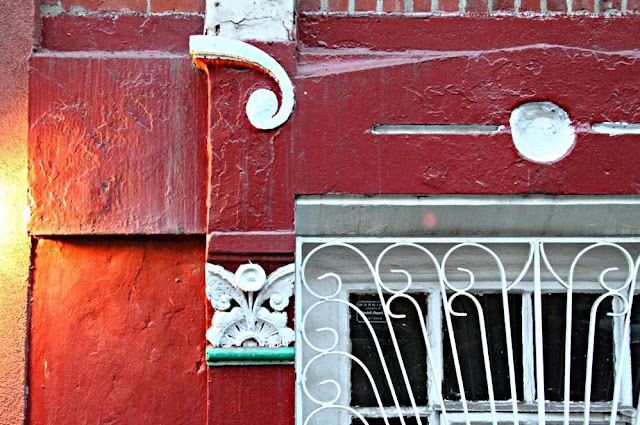 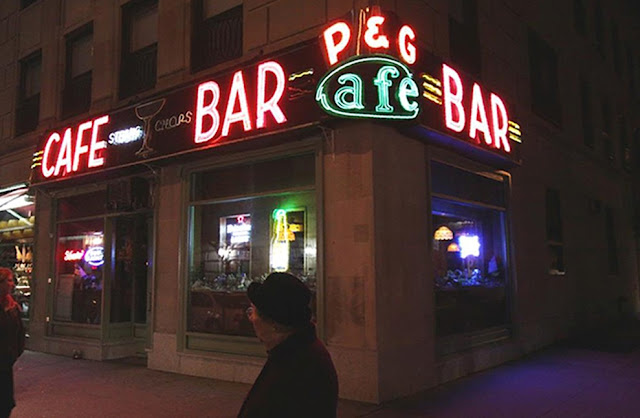 In this new year, a look back at one of 2009's great losses, the classic P&G Cafe on Columbus near 72nd. An aging neon beauty since WW2, P&G couldn't escape rising rents. Someone still has the neon, I know not who....
Posted by Ken Mac at 1:36 PM 22 comments: 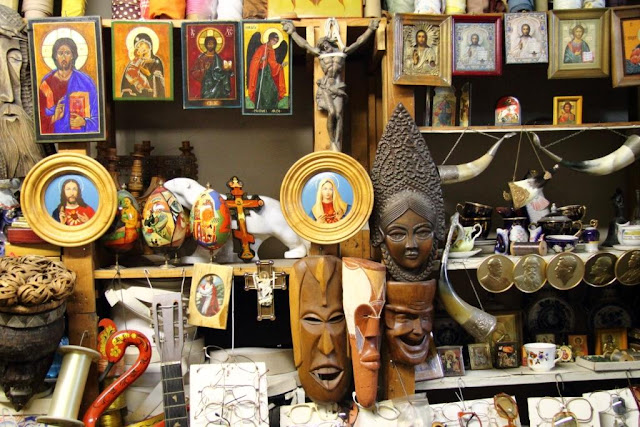 Old Alex runs Russian Souvenirs on 14th Street. His place is full of incredible stuff: Russian postcards from the 60s, real amber and birch artworks, paintings, totems, too much weird stuff to list. He will bargain for all of it. 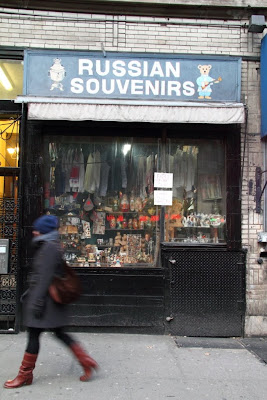 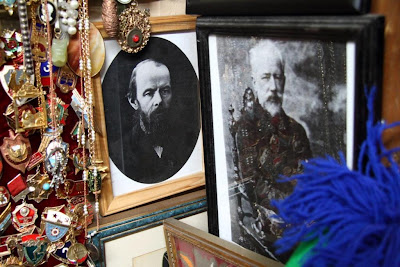 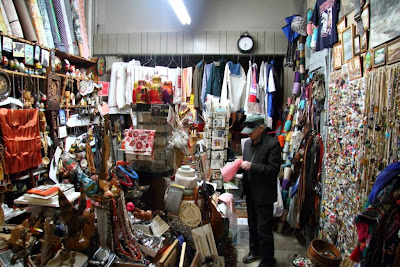 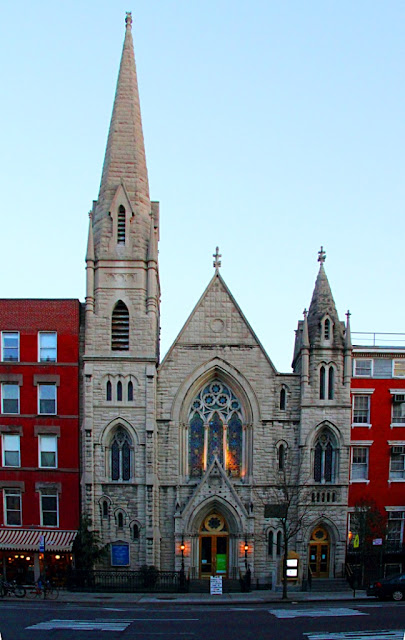 The RUSSIAN Orthodox Church at 59 East 2nd Street, East Village. Thanks to Mykola
Posted by Ken Mac at 9:03 PM 20 comments: 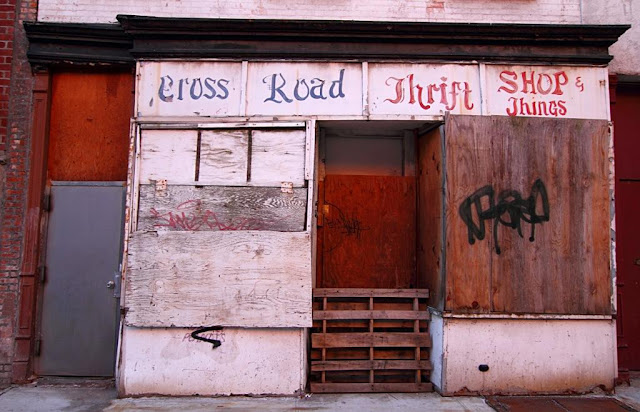 This shuttered thrift store is a remnant of old Harlem. Just a few years ago Harlem was rough and tumble. Now its gorgeous brownstones and impressive churches have been renovated and are attracting new tenants of all kinds. Still, I miss the gritty storefronts of the old Harlem.
Posted by Ken Mac at 12:19 AM 18 comments:

Old, and In The Way 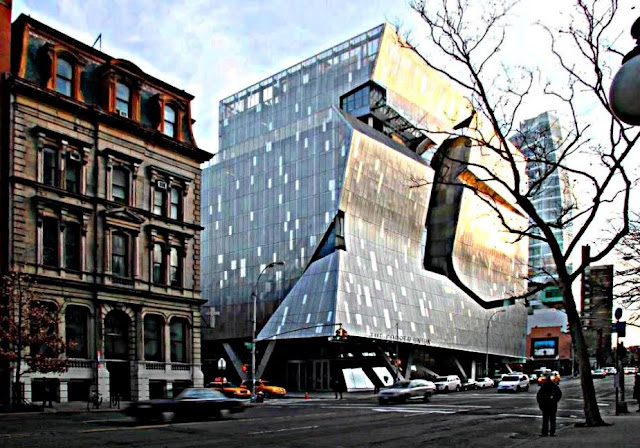 Actually, I like the new Cooper Union Building, just around the corner from McSorley's Ale House, New York's oldest drinking establishment, which because of this building, is overrun with college fratboys. Still, I like it. Though while I was taking this shot, a guy behind me tried to unzip my backpack and remove a lens. I like this building, though it has demolished whatever classic character was left of this East Village crossroads (Bowery, 7th Street, 3rd and 4th Avenues). But I do like this building. Call me cracked!
Posted by Ken Mac at 12:41 PM 39 comments: 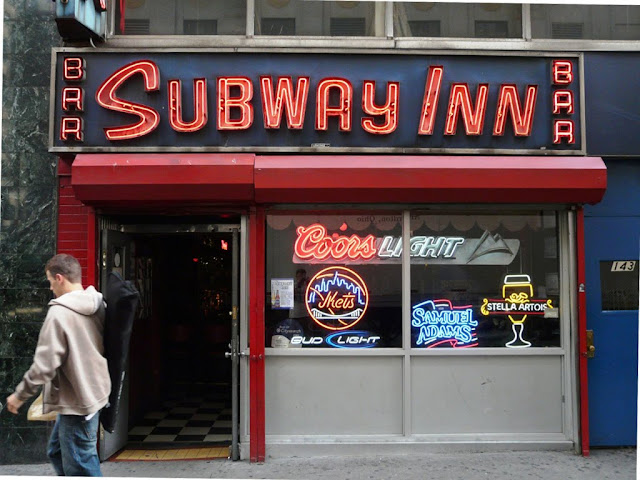 History of the Sturgeon Craze 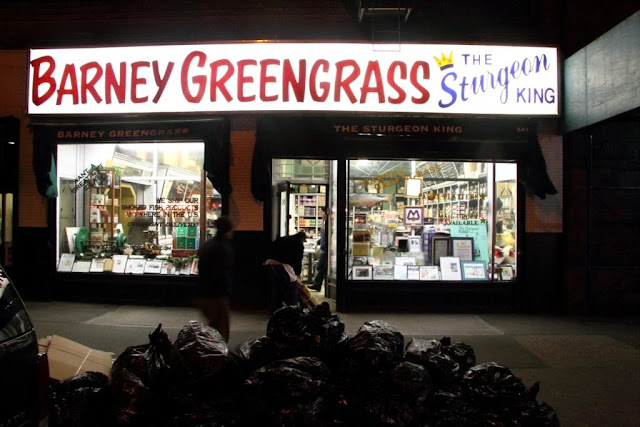 Some time in the early 60s Manhattan's Upper West Side went sturgeon crazy. Joints sprang up from 72nd to 106th on street corners, in abandoned diners, penthouse apartments and even mobile DJ units (Kool Herc was a master sturgeon chef and knish connoisseur). The people couldn't get enough of that creamy sturgeon goodness. But then, like so much in modern New York, the big bucks eventually moved in and took over. Barney Greengrass and Murray (last name withheld) injected millions of dollars into the sturgeon trade, monopolized the business, worked the docks with a fist, and garnered all the customers. 2010 and these two establishments are all that remain to fulfill your sturgeon needs. And it is good. 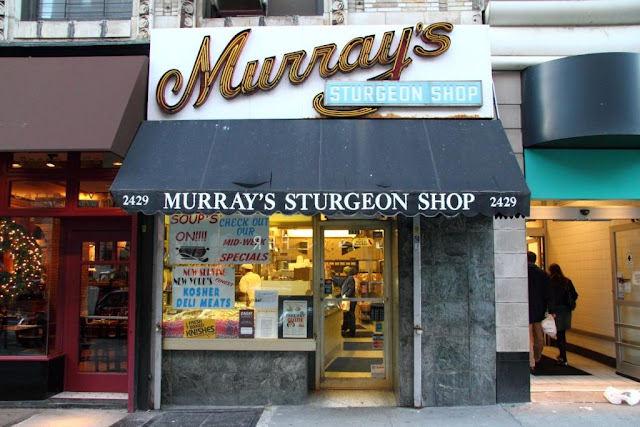 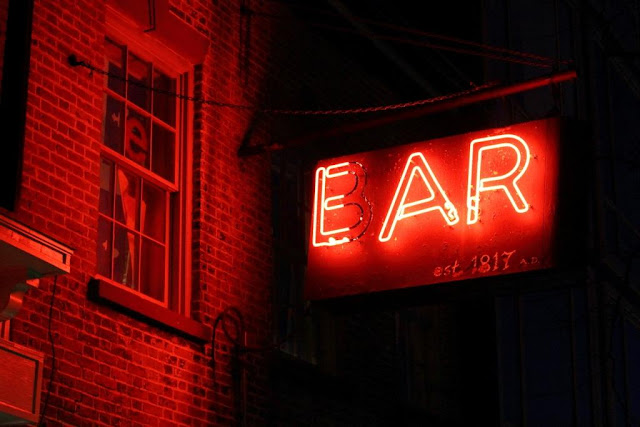 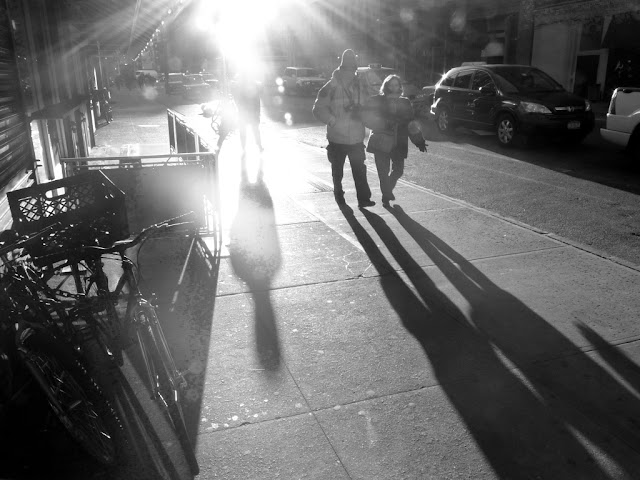 Back in the 1980s, before drug store chains, McDonalds, obnoxious hipster bars and high rent invaded New York, unique stores like Casey's Rubber Stamps (on East 11th Bet. 1st and 2nd) were commonplace. Here you can find Casey spouting wisdom in his thick Irish brogue while creating some of the most wonderful rubber stamps you can imagine. Beyond name and address stamps, Casey offers frogs, Charlie Chaplin, art deco, city scapes, multiple designs from the 30s to the 60s and can even customize a totally unique stamp while you wait. One lady needed a monkey shooting a camera. Casey can do that, no problem.

the perfect spot for some Italian pastry or cappuccino, Cafe Reggio is the oldest "cafe" in the Village, and the proud owner of America's first cappuccino machine. An oasis of sanity on an otherwise bar-filled and drunken block, Cafe Reggio sits near the corner of West Third and MacDougal Street.
Posted by Ken Mac at 10:57 AM 22 comments: