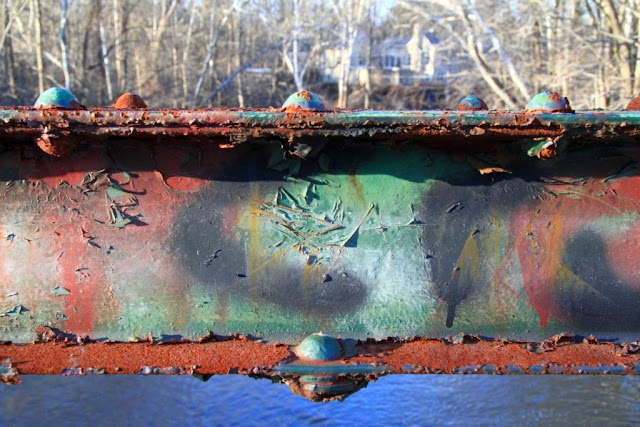 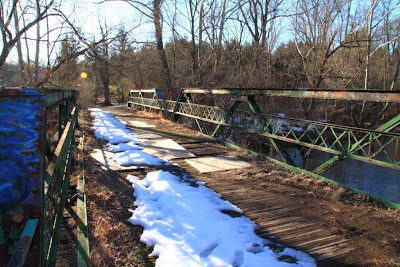 Ah, the border between urban and rural. Lots of texture and a reflection to boot! Another lesson. Thanks.

The top one is my favorite.

The first one is great, such so many colors! Great!

Rust and paint ... what a great combination that's been enhanced by weather and time ... and neglect.

I like the top one too. I love how you can just barely make out a house in the background.

Is the bridge really that rusted? Looks like it may not last much longer? - Dave

There seems not to be a single tiny corner of the world that isn't marked with graffiti. This is the only instance where «Louis» has actually felt a tiny bit - very tiny - sympathetic toward the defacers.

Is "pastel" the right word for the colors in the top one? In any case, they seem to give off more color or saturation or some such quality than their color-density seems capable of.

I don't know what I'm talking about, but I really like that shot.

I wonder if you struggled over the decision to keep the top and bottom non-bridge parts in the photo. I like it this way; it creates more sense of story. But I might also have liked just color and texture-- as an abstraction, I guess.

Do I sound deep yet? I lack the lingo.

The first one is great! Looks like a painting. But the other picture is very nice too.