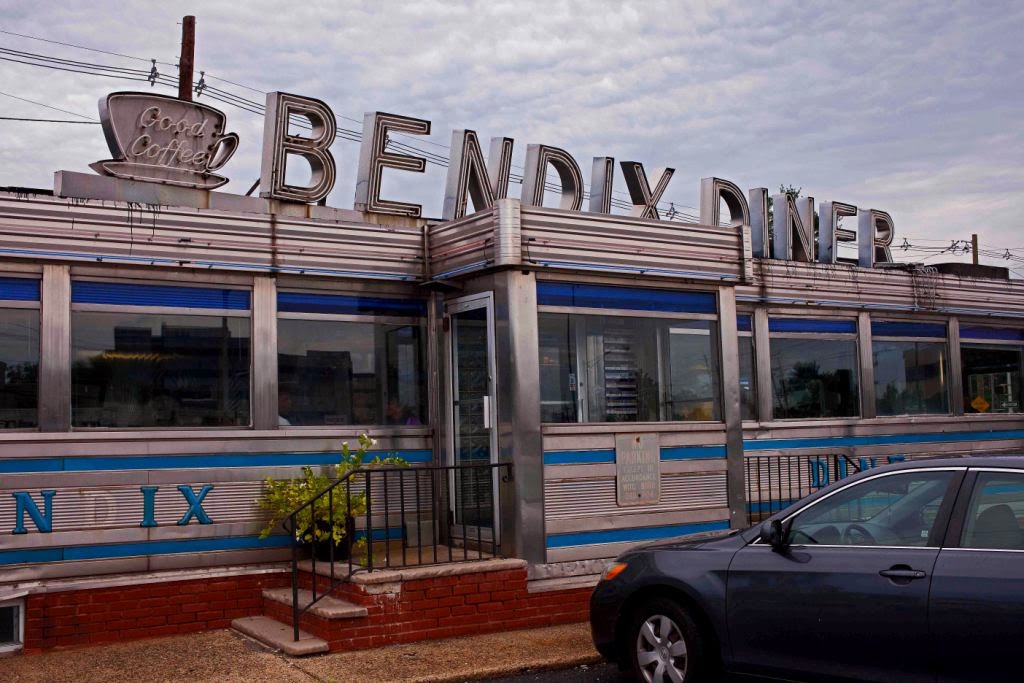 The Bendix Diner looks part of a great starter.

Looks like there are still a lot of diners around. Another fine example here.

Sometimes it is hard to tell if the diners are active or dead...but this one is obviously open. Nice shot.

We have a classic one in our city too. What is the history of diners? They must in some way been traced to train cars. Anybody know?

When I was growing up in northern Bergen County our next door neighbor worked for Bendix Corp. Had no idea this diner was still around as most of them have disappeared from NJ either torn down or relocated to other parts of the US. Before there was ever a Rt. 80 we traversed Rt. 46 & Rt. 17 for years before shopping moved up North toward the mountains. Treacherous driving in the old days before cement barriers. You capture memories and bless us all by sharing them.

Just FYI, if anyone is interested in going / seeing: This diner is on Route 17, south of Hackensack, on the south side of the crossing Route 17 and 46, literally between the north and the south lane.

This is an incredible web site and that i can't advocate you guys enough. jam-packed with helpful resource and nice layout terribly straightforward on the eyes. Please do sustain this nice work... Bluemtnphoto.com Cooperstown-lakehouse.com

You have a great blog here! would you like to make some invite posts on my blog?

Aw, this was a really nice post. In idea I would like to put in writing like this additionally – taking time and actual effort to make a very good article… but what can I say… I procrastinate alot and by no means seem to get something done.