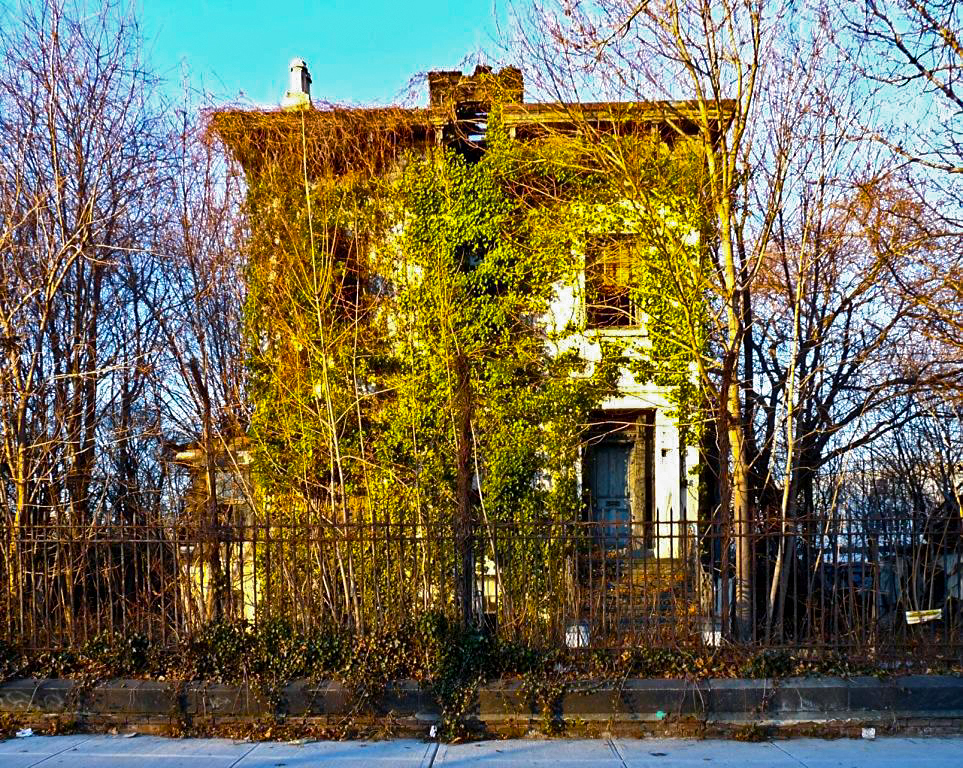 I like it, its needs some renovation, jjj.
Greetings.

It certainly is ghostly -- too bad. -- barbara

As a kind of continuing story I like the picture. Its not clear if the house is still capable to live in or its empty waiting for destruction.

Is the plan to let them self-destruct?

This was a few years ago, the roof and walls have largely collapsed in this landmark structure. There are five other buildings in similar state of decline. The city plans to let them deteriorate, then install a much needed supermarket in this low income area near Brooklyn Navy Yard.

This is a great tip especially to those new to the blogosphere.
Simple but very accurate info… Thanks for sharing this one.
A must read post!

Great photo, Ken Mac!
It looks like the "feral houses", a serie of photos of abandoned houses in various neighborhoods in Detroit, taken by the photographer James D. Griffioen.