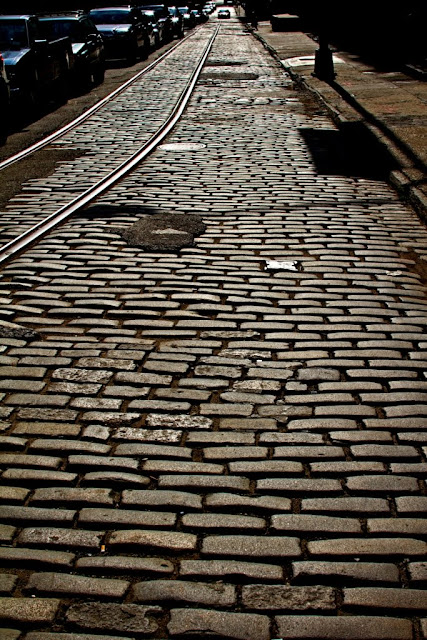 I tried counting the bricks in this picture, but fell asleep half way through,lol. Richard

Looks like a typical european city street from around 1900. Nice shot.

So beautiful these cobblestones!

we used to say:" sous les pavés la plage"( under the cobblestones the beach" ... your blog is wonderful

Your picture reminds me that when I was a kid in the 1950s there were still a fair number of cobblestone streets in the Bronx. The apartment house on Prospect Ave. that my grandmother lived in is long gone, and I haven't been in that neighborhood for decades, but I wonder if some of the cobblestone streets are still there.