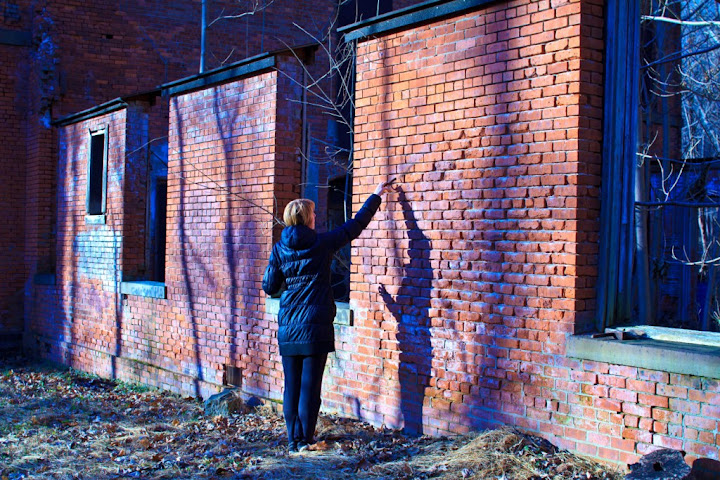 Just south of downtown Cold Spring is a placid wooded area that was once the site of the "deep breathing ... furnaces, and the sullen, monotonous pulsations of trip hammers"* of the well-known West Point Foundry. The foundry, which began operations in 1817 and continued through the 1880s (other industrial firms occupied the premises through the mid-20th century), was the "most extensive and complete of the iron works of the United States."* The site was chosen as one of four federally-subsidized foundry sites by President Madison in 1812 and the first director was Gouverneur Kemble, a resident of Cold Spring.
Posted by Ken Mac at 9:40 PM

this is Belgium said...

A weathered facing here. Looks like some mortar work is wanting.

glad that parts of it still remain. to help people remember.

What a gorgeous picture.

super shadows with all the blue cool haze