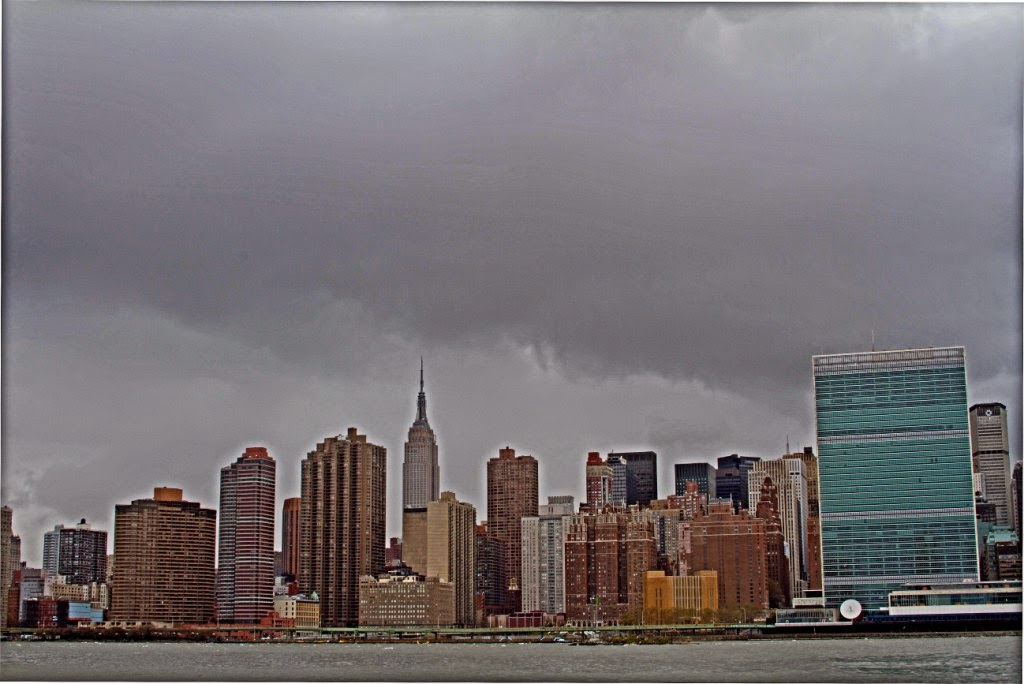 set to swallow Manhattan
Posted by Ken Mac at 1:35 PM

The skyline stays impressive but grey skies are gathering above. An omen?

The building on the far right looks like an old air conditioning window unit. Wonder who thought that was a good idea.

It all looks quite electric

Little did we know of the destruction she'd bring. Great sky though.

I imagine the black clouds felt ominous when they appeared over New York City. Rather reminds me of tornado weather clouds. -- barbara

I'm sure it's not as cold but today, December 1st, Los angeles is having the same kind of weather. Big dark day and in a few hours - rain!

New York is just beautiful from any corner and with any condition of light or what ever..

This really answered my problem, thank you!

An interesting discussion is worth comment. I think that you should write more on this topic, it might not be a taboo subject but generally people are not enough to speak on such topics. To the next. Cheers