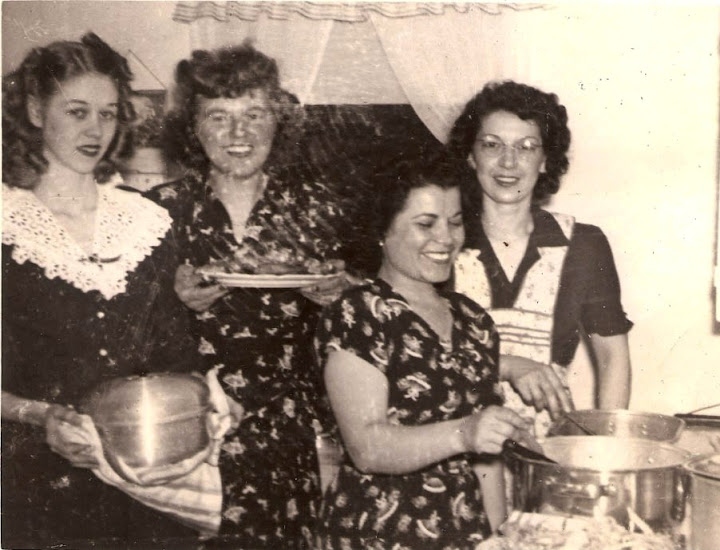 That's not your mom to the left, is it?

(After a bit of a google, I learned Malta is known as the island of sunshine and history. Doesn't get much better than that.)

That's certainly to picture for the memories ... just so bizarre feeling looking at a picture 70 years ago ! Have seen movies depicting how life is then generally. I think life is the same then and now, just different times.

Are they spoiling the broth?

I knew, not just because your mother is striking in all her photos, but it's the eyes and the mouth, but mostly the eyes. They're very expressive, and cheerfully sad.

Great picture and the woman on the far left is stunning. Richard from the Amish community of Lebanon,pa