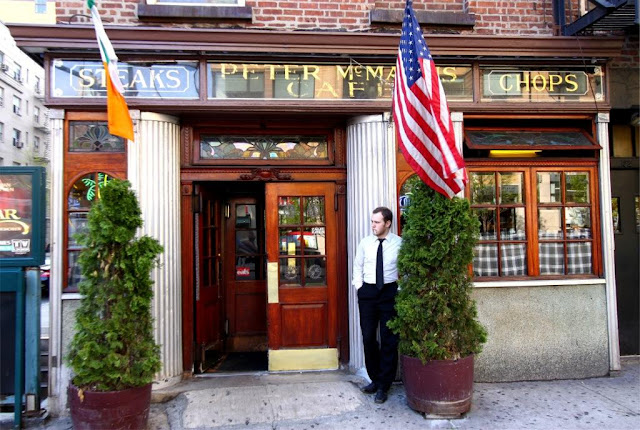 Peter McManus Cafe is among the oldest family owned and operated bars in New York City. Located in the heart of Chelsea at at this bar was written about in the book, "The Hundred Best Bars in NYC" and placed very highly. 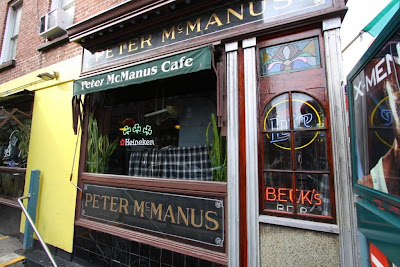 The newspaper clipping on the wall is headlined PETER MCMANUS AND SONS: TAVERNMEN FOR MANY YEARS. The date August 23, 1948 -- when the bar had already been in business for twelve years. This explains McManus's Tiffany glass, wooden phone booths, and overall time-capsule atmosphere. These days, neighborhood workers from bike messengers and electricians to lawyers and musicians drop in to chat with James "Jamo" McManus, the founder's grandson, who is on hand nearly every night. 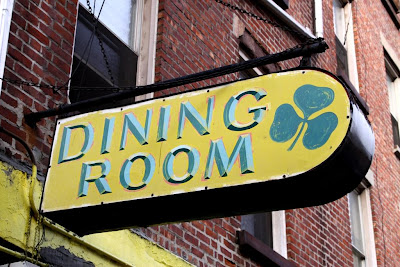 When Peter and Mary (Gorman) McManus left Ballinamuck, Longford, back in 1906, they could hardly have imagined that a century later, "Peter McManus" would appear in the films of Woody Allen and TV shows like Seinfeld, and be a part of New York City lore. But that's the case with The Peter McManus Cafe, the famous watering hole located at 19th Street since 1936. 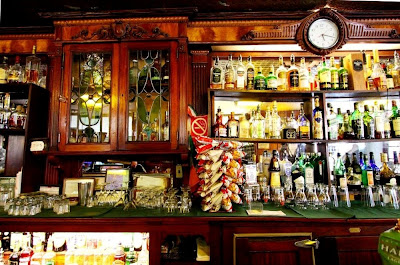 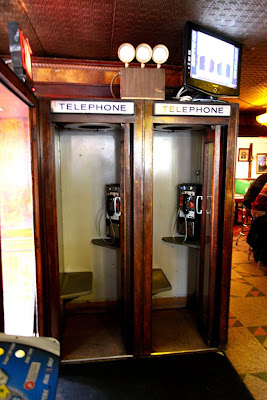 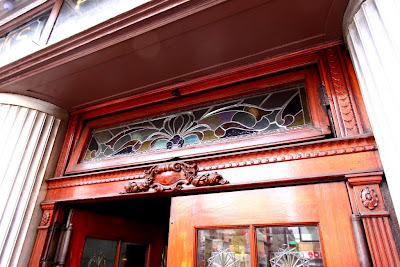 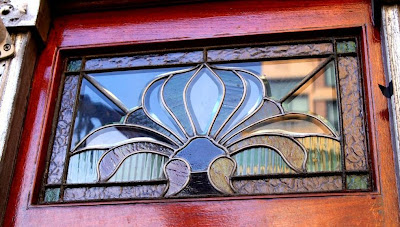 Oh what a grand place. Thank you KM for these wonderful photographs and telling us all about it.
A treasure.
V

Oooh, I like the stained glass windows too! Thanks for sharing

Another great post, Ken. What spectacular shots! I would have a martini in that place. With extra olives.

Gorgeous. I am definitely overdue on a trip to NYC...

Nice shots...I was a regular there from the late 70s until 84. I remember Billy the bartender, who was good friends with Vicky from the Toasters. I spent quite a few hours. Now I walk by there every once in a while, haven't been in there in almost 25 years.

Makes me to be there right now...

It features in a nice scene in "Highlander," just fyi.

Wonderful photographs! You have captured the essence of the place. It looks so familiar, though...I wonder if it hasn't been used in some movies?

Wow! Peter McManus Cafe looks a nice place and also it is very, very beautiful! I would love to be there some day...

love those great phonebooths
what craftsmanship!

Nice photos. Isn't McManus kind of a dump inside though? Last time I went there they had flourescent lights to illuminate the bar area, duct tape holding things together etc. I mean, don't get me wrong, I'll take it.

dive bar is right...long may it reign...

[url=http://www.citymovers.sg/forum.php?mod=viewthread&tid=334818&extra=]hermes the kelly bag[/url] when considering Revitol compared to Mederma, the former significantly captures exterior to relating to final and not enough results, But ppos wins always on affordability. without-doubt, you really should to be able to risks for Mederma, in the long run many folks received great outcomes by using them. having said that, I鈩 much rather go while getting demonstrated the performer of this pair, Which is undoubtedly Revitol keloid solution by way of a long way.


[url=http://yinbao.zizaiyouwo.com/thread-668622-1-1.html]hermes usa sale[/url] The enterprise was probably the main lgbt carnival at sydney, merely newsoz proclaims individuals were there for a number of issues. One spouse experienced been at this time within order to help allay her midlife theatre, nevertheless newsoz and your partner husband's comments happened to be buzzing throughout their 25th anniversary. the entire process of studying the video / photo email exceeding 5,000 women and men "considering all of sizes and shapes" was probably little discouraging in contrast to liberating, the young woman asserted.